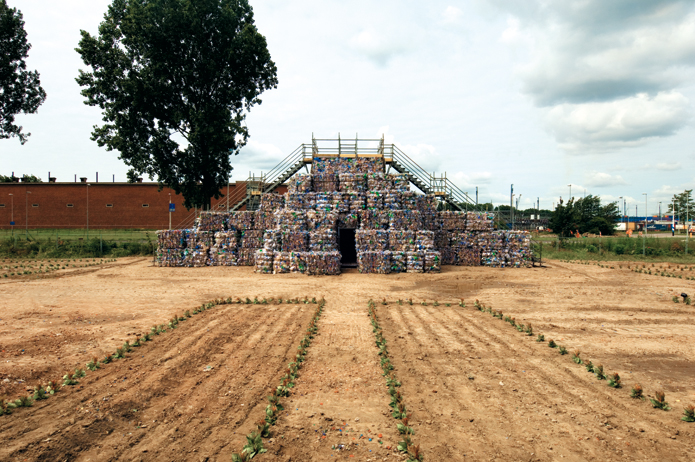 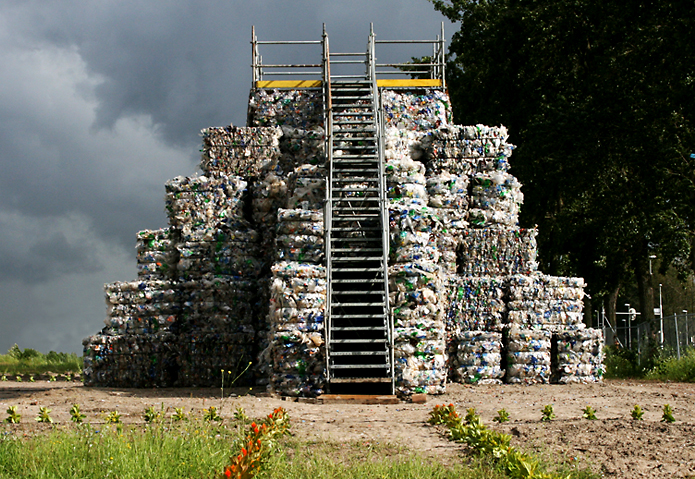 Heijplaat is an old district in the docks of Rotterdam. There the visitors could experience the Temple of Trash. It was composed of 100 tons of PET bottles pressed to cubes. They formed a pyramid which with a hight of approx. 7m high, a length of 25m and a width of 10m. 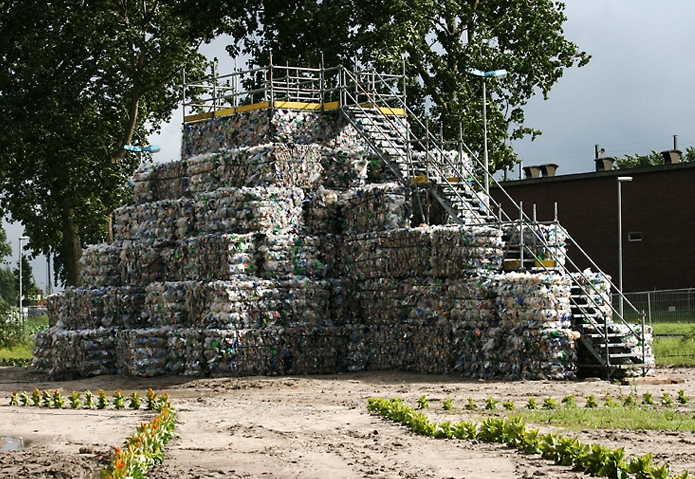 The visitor could make his individual perceptions climbing on the temple or inside, surrounded by PET-bottles in the interior. A garden emphasized the symmetry by fields of flowers in which 47.000 sunflower seeds were sown. The paths were marked by 1.500 flowers which lighted up in yellow, orange and red and made “Folly” a strange place in front of one of the biggest recycling firms in Europe. 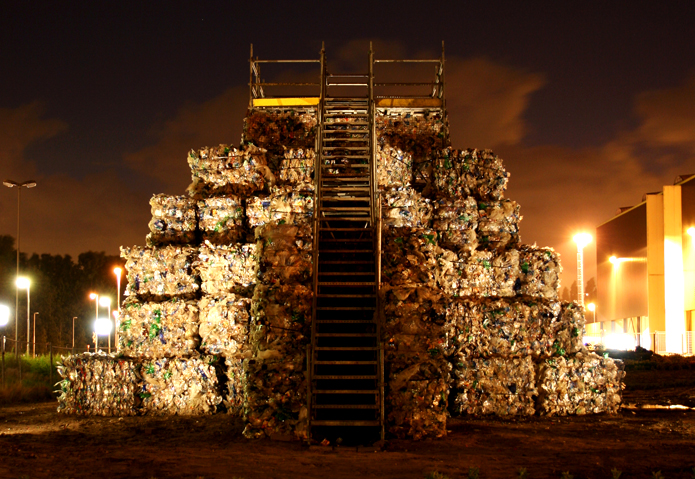 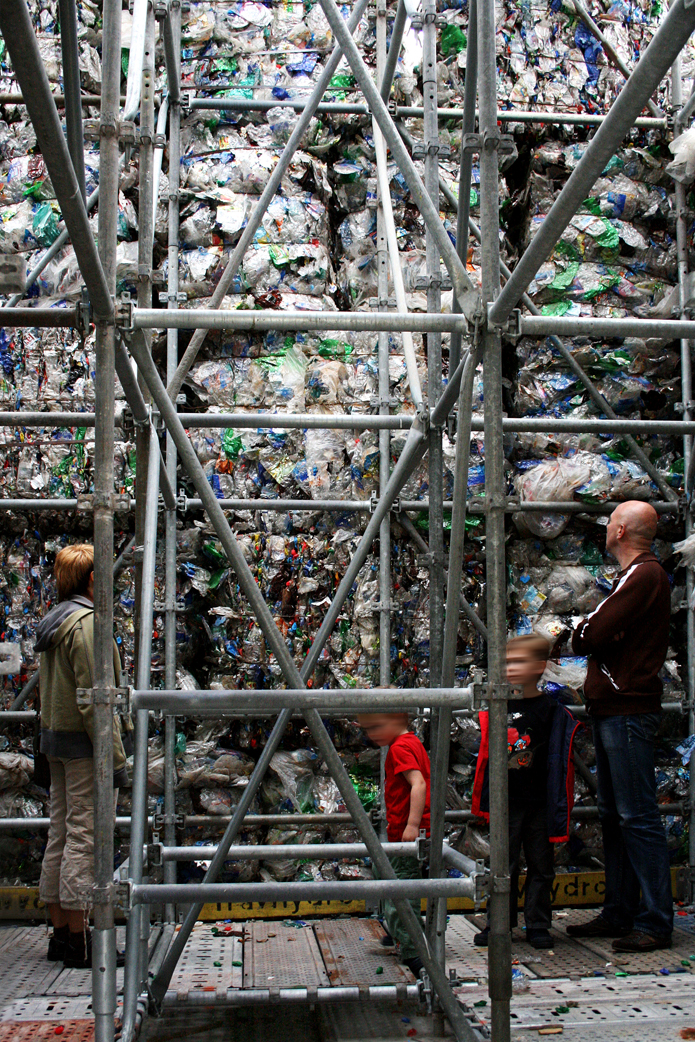 Without sponsors this temporary project would not have been possible. Salzig Design thanks SITA Deutschland and SITA Holland, Travhydro Gerüstbau, Arcelor Stahlhandel, Benary, Combifleur, Peter van der Plas and Inlite Design for their friendly and active support.